skip to main | skip to sidebar

Sometimes I go to take a photo and lose my nerve. I always kick myself for it later and worry about the "shot I missed out on". My lens focuses at a meter (about three feet in America), not any closer. My lens was about as close as I could focus on this and no I didn't ask the officer's permission. I'm proud I didn't lose my nerve for once (that's James in the photo with me). 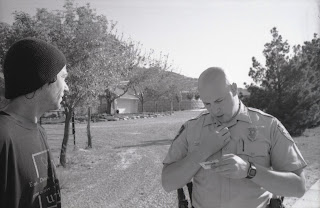 In the theme of posting more often..... 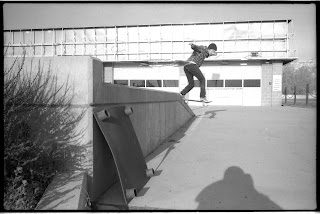 I shot a photo of Dave doing a back tail at some abandoned car lot. 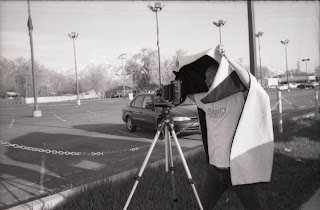 Weston shot it too. Want to guess who got the better photo?
Posted by fauxsure at 4:09 PM 2 comments:

I haven't written in a while so I guess it's overdue. 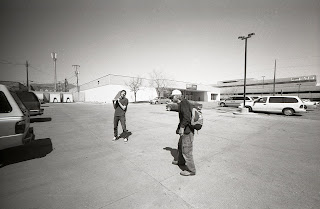 Dave and I met at the DI downtown to shoot photos and met this ex-marine there who told Dave he was going to mug him for being 22. He also said epic things like "Give me that skateboard I want to break my neck!" Then he tried to mug an older guy and practically gave the guy a heart attack before moving on to another sidewalk to sleep on. 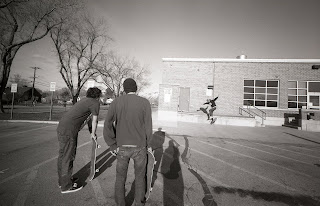 We went skating at this tall ledge at an Elementary school and had some fun. 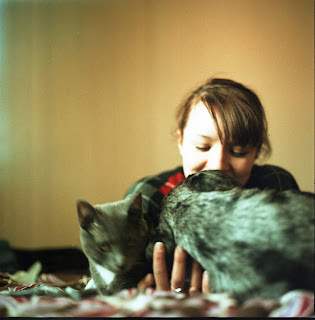 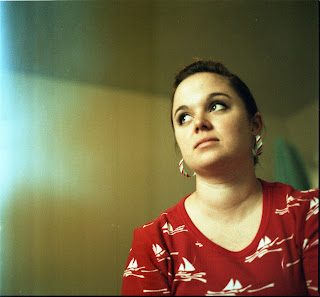 Some photos of Karlee, Syd and my pets with a little light leakage. 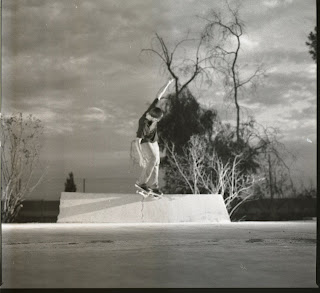 And an old photo of Garrett at the jibgnar spot.
Posted by fauxsure at 9:45 PM No comments: